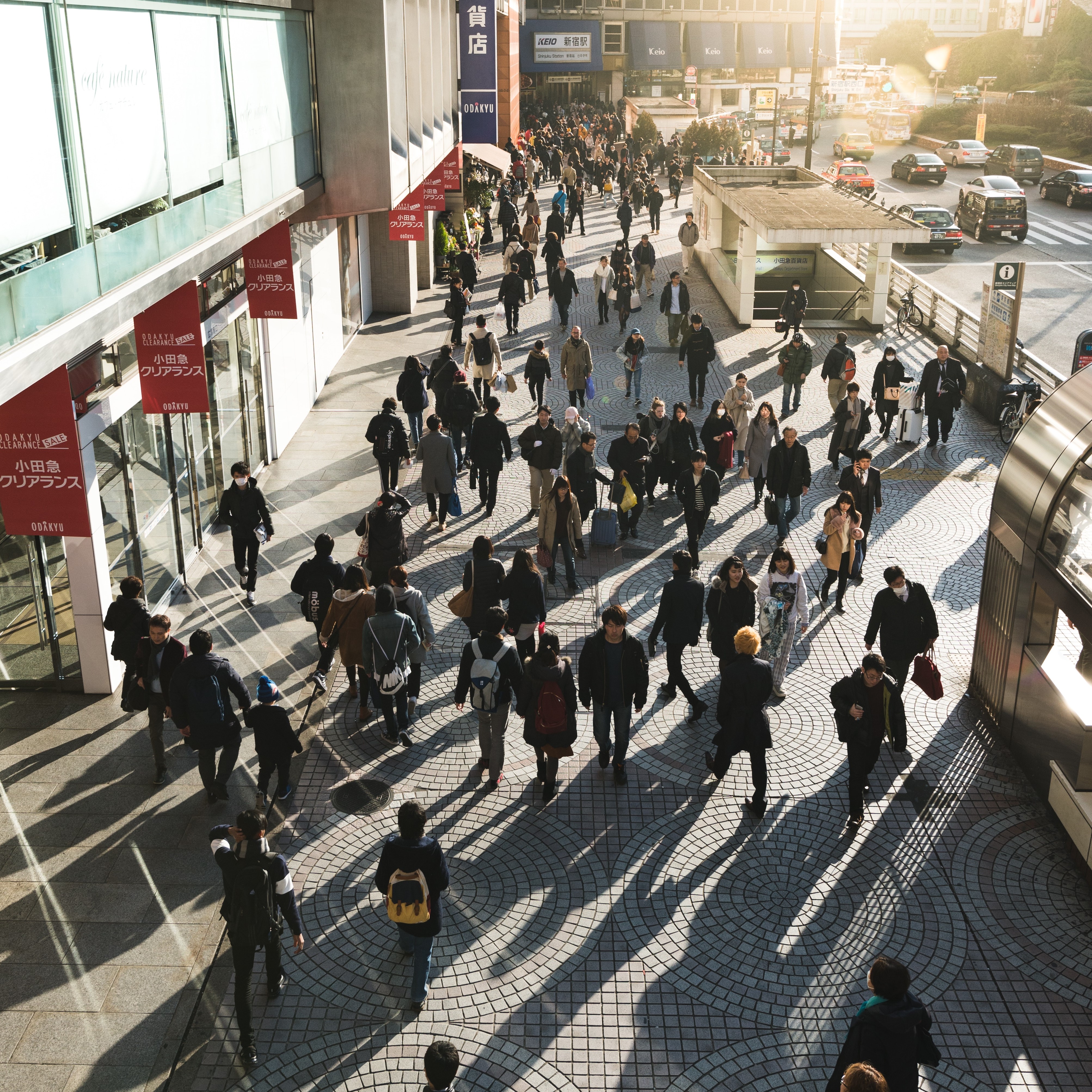 Fairism tells the story of a new political and social movement.

After the economic crisis of 2008, neo-liberalism got a first hit, this only a few decades after the fall of communism. The 2020 Covid crisis tightened the knots as the political arena fails to take control of major human threads such as the rise of poverty, climate change, famine, …  This state of no man’s land, requires a new narrative as people are seeking for new stories, new kind of -ism’s.  [expand title=”Read more“]

Fairism aspires to answering this. It learns from previous stories and capitalizes on lessons learned, by  aiming at combining their strengths and avoiding their pitfalls. The concepts ‘freedom’ (from liberalism) and ‘equality’ (from communism) are no longer limiting each other, but should strengthen and extend each other.  Just as mentioned in the Universal Declaration of Human Rights, the starting point is that everybody is equal and unique in a globalized society, which implies that everyone deserves the same chances and should be entitled to live in dignity.

Guaranteeing the freedom and equality of people is a political assignment, where fairism gives a full interpretation.

The growing inequality and lack of freedom is promoted by the unlimited expansion of personal wealth. De top 1% of the richest people own as much as the lower half of earths population.  Extreem high wealth lies at the basis of of much suffering, as much as for humans as for nature. Therefor fairism implies a limit to this expansion of wealth.

Everybody has the right to a pleasant life. Except of the provision in basic needs such as clothing and food, there has to be some surplus. A surplus that offers chances and possibilities for people to organise their live in a pleasant way. Too much surplus is no longer seen as necessary to live a joyful live. It concerns money that is not spend, but only serves to an even higher accumulation of wealth. This no surplus anymore, it’s an ‘excess’.

‘Excess’ can be used to all sorts of means that place man and environment in the centre again. Via ‘foundations’ money will flow back to those persons and sectors in need. Hospitals can be financed, or public transport. Employees receive fair wages and commodities are traded for fair prices. Start-ups can receives loans, NGO’s subsidy. Culture becomes accessible for everyone, performers and passionates.

When personal wealth can no longer accumulate above a certain limit, it will have a domino effect with a positive impact. Migration will come to a stand still, the climate can recover, poverty will disappear, all patients will be treated, …

Fairism reads as a meta story capable to set off the ever changing social processes by asking the same question over and over: ‘Is this fair?’

To make the story complete, fairism boasts itself to 5 pillars and a limitation.

To make democracy fair there has to be deliberation, honest and open, to come to a consensus among equals. This dialogue can take place among citizens, but also among their representatives. Every citizen a vote. Candidate representatives each stand as individuals in the elections. No party politics, because it leaves the door open for unshakable standpoints, backroom decisions and lobbying. Formation of coalitions and compromisses are not under discussion. It’s not about who’s right, but about what’s the best solution for everybody, achieved by consensus. The legislative order is an institution which gives the political representatives a platform.

The annulation of bank secrecy is a logical consequence in a fair system. To know how much money is in circulation, all money needs to be digitalised and be conserved on bank accounts. This transparency also shows easily where the financial needs are.

Every citizen is engaged in the fair system, which works bottom-up. Together all people search for the overall meaning of ‘fair’, by regular organising elections and referenda. Besides, each citizen can candidate at the elections, to be even more engaged in the policy.

Because of the global aspect of fairism, commitment will also be necessary enabling the decisions of what is fair on the other side of the world.

According to the Universal Declaration of Human Rights, we all are entitled to a great deal of basis facilities. Clothing, accommodation and food seem obvious, but there is also privacy and freedom of speech. These can only be accomplished when article 1 is fulfilled: freedom and equality for all people.

Fairism goes further in these basic rights and provides, besides things as food and accommodation, also the right to utilities such as water and electricity. But then only the strict minimum to survive is satisfied. To live a nice life with the proper amount of chances and possibilities, fairism provides for a lower limit compensation. It’s a compensation you need have more chances and possibilities to make life pleasing. Those who stay under the lower limit, receive a compensation via the foundations.

Money still is a means of exchange. It is exchanged for a good or a service. However, the value depends not always on the intrinsic value any more, but on what it is ascribed to. The value is systematically forced up by marketing and advertising, so that a logo of an apple on a smartphone increases the price. On the other hand, farmer don’t receive a fair price for their crop, because food has to stay as cheap as possible.

To keep prices low, but the revenue high, the cost of production is pushed down. Returns lead to a higher profit en to more wealth. At the expense of humans and the environment.Low wages and excessive digging off commodities are the way of pushing down the costs, next to forcing up the consumption.

The limitation of the growth of wealth calls for a stand in this handling of value. Labor and commodities receive a fair price, according to their value. But time also will have a new valuation. The pressure to always gain more and more, no longer plays a role. Time becomes a lived time again. Time is no longer money, but gets a social dimension: time to spend with friends and family, or just to linger around.

Every human must have the chances and possibilities to live a life according to his own choices. Being able to built up an identity. It’s to the policy to ensure these choices are for everyone and that they can be made within in a fair framework. The only restriction fairism enforces is the respect for the freedom of others.

Everybody has the choice to belong to a fair society or not. But in reality it concerns a global system, for which it is difficult not to participate. Only by making use of accommodations such as road infrastructure and electricity you give your silent consent.

In fairism there is no other, no we-they. In a global society it’s about we-we. The different groups of identity are not opposite to each other, but meet each other and truly live together.

A condition for fairism is the limitation of the unrestricted accumulation of personal wealth. No more indefinite counting of wealth with unseen excesses, but the restriction of a fair proportion between the lowest and the highest incomes. This limitation affects in all aspects of society. [expand title=”Read more“]

People can be greedy, always wanting more. When it concerns money, there is no limit, because we can count endlessly. Especially with digital money the calculator never stops. Personal wealth ever increases, with exuberant amounts of more than billions of dollars. Even when average people have less to spend. The gap between rich and poor only enlarges. Admitted, we all gained some progress, but not equality and some more than others. Much more.

To put an end to his infinite counting, the personal wealth is limited within fairism. Not to make everybody completely equal, but to achieve a fair difference in income in society. On top of a minimal income people also need to have some surplus, which makes life pleasant. More income than this surplus is not needed, it concerns ‘excess’. The money of the ‘excesses’ will flow back to society, where it is managed by the foundations. They are not political institutions, but no private to. They are organisations without profit motive, with only the goal to realise a social added value.

The limit forced upon, will not be taken literally of arbitrary, but is about a proportion in wealth. The number seeked, is the expression of the ideal proportion between a lower and a higher limit of wealth. [/expand]